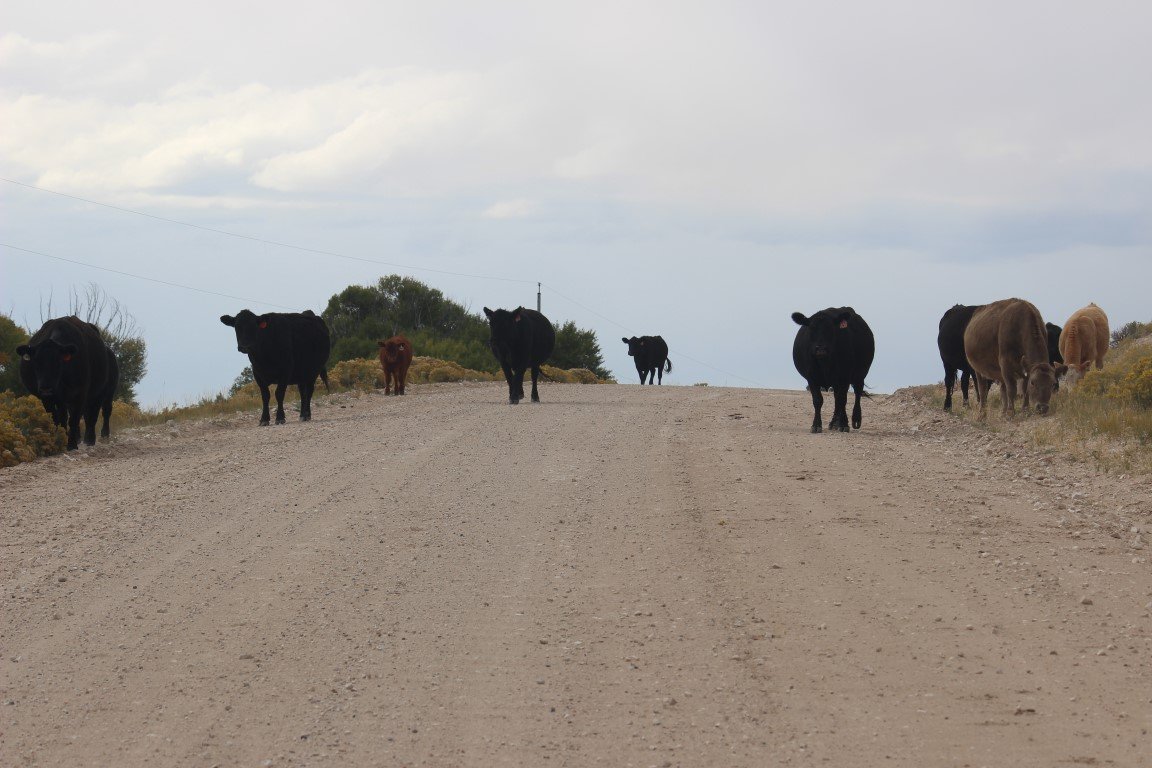 Spent Sunday doing some sight seeing with Chris. We drove up to Elk Mountain. Saw tons of wildlife and were blessed with semi clear skies and some beautiful views. The ranches in the area are massive with lots of cattle, Pronghorn Antelope and other creatures. The top of the mountain was cold and snowing but the views were special.

Took off Monday morning for Salt Lake City. The plan was to go down the Interstate and turn off about 200 miles down the road and unto a mountain pass on hwy 150. It looked interesting and was a scenic route over the Uinta-Wasatch-Cache National Forest. After miles and miles of flat roads I was looking for a few turns and some great views.

150 miles into the trip, I noticed the rear tire pressure was falling. Great! I stopped and topped up the pressure and pushed on. 30 miles later, the pressure was down again. After 3 more stops the pressure was falling faster and I needed to do something. Pulled off at the next exit and found a NAPA store that had a repair shop in the back. I parked the bike and inspected the tire. The plug I used 2 days before was falling apart and air was leaking around it. I used a special mushroom plug that’s supposed to be better than conventional plugs. NOT! Anyway, I was able to buy some regular plug material from the NAPA and repaired the damage. It looked like it would hold air so I took off. I was cautious now and rode 65 mph on a road that had an 80 mph speed limit. That’s hard for me to do. I also decided to forgo the trip through the mountains and stay with the safety of the interstate.

By now it was rush hour in Salt Lake City and the traffic was awful and it was hot. Finally arrived at the hotel and they couldn’t find the reservation I made in the morning. Turns out I made it for a week from today. I even took my vitamin d today. Fortunately, they had a room. A couple beers later and the day was behind me. New tire will be fitted tomorrow and I’ll be on my way.