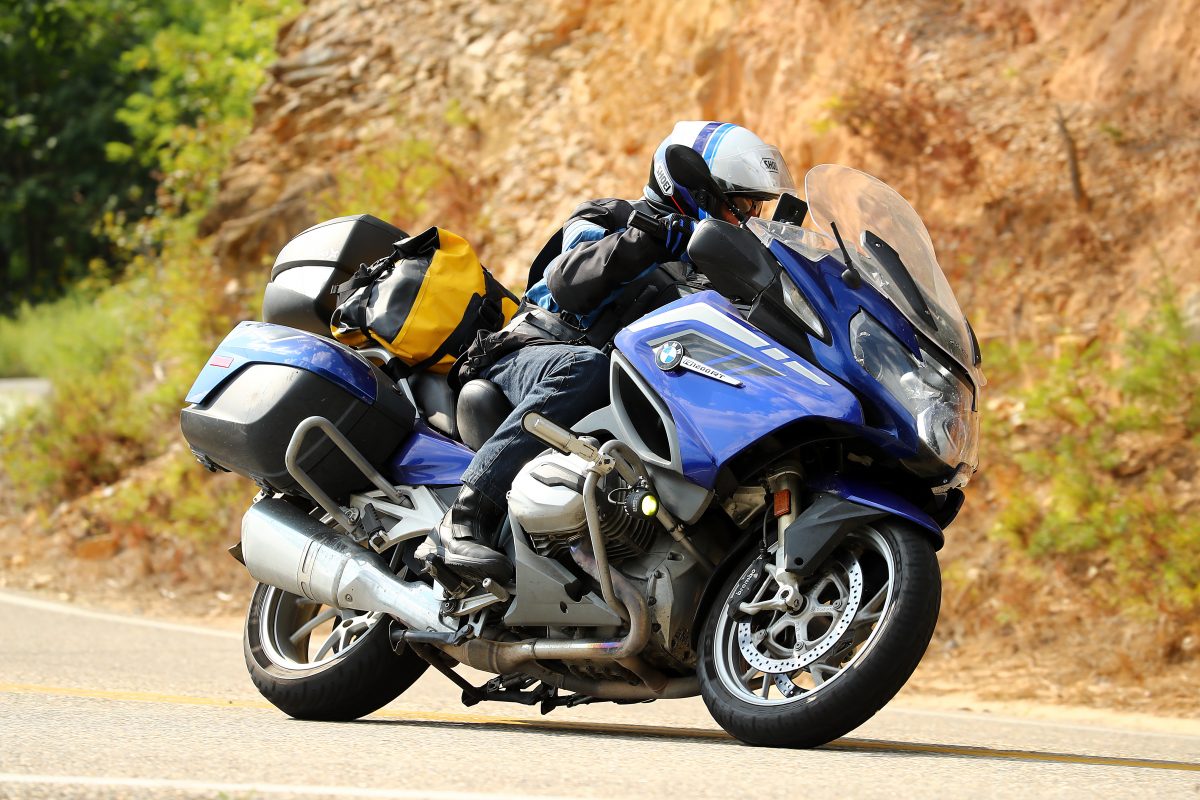 Maintaining the blog on this trip was not a priority. After a hard day of riding, I’m just not in the mood to sit at the keyboard and chronicle the days events. But I have decided to create a summary of the trip just to archive the tour before the memory slips. So here we go. See my entire route on a map here.

First stop was to head down to NC to visit a good friend whom I met on my New Zealand Tour last winter. Geno runs a well attended rally for the Knobbies, his local motorcycle club. I was a camping rally for a weekend. I took my time getting to the rally and visited by brother Ed and Sharon for a free night of room and board. Of course, we drank too much and I got a late start the next morning. Next stop was Knoxville and I took the back roads to get there. I road around the mountains and found some great mountain passes to explore.

On the agenda was the famous “tail of the dragon” road in Deals Gap, NC. “Tail of the Dragon at Deals Gap with 318 curves in 11 miles: America’s number one motorcycle and sports car road.” It was an awesome ride and so I turned around and did it again. And then I did it again the next morning. I got the T-shirt too.

From there I went to the rally and had a great time. It’s always fun to spend time with like minded folks. Geno, my friend from New Zealand was a great host and we enjoyed reminiscing about out trip earlier in the year. I went on a group ride led by one of the locals and was treated to some outstanding roads and camaraderie.

Next destination was all the way up to Duluth to get fitted for some new riding gear at the world famous Aerostich. A standard size fit me perfectly so no major alterations were needed. However, the color I wanted wasn’t in stock so it would have to shipped. All their gear is made right there on sewing machines at the facility. I stopped at Leo’s South dealership to get fitted with a new rear tire. I guess all that aggressive riding in the mountains chewed up the rear tire. The service manager indicated they were really busy and it might take all day before he could get to me. I set up camp in the waiting area and cracked open my laptop for a long wait. Much to my surprise, a technician had just finished a job and the service manager assigned him my order. I was out of the shop in about an hour. All BMW dealer try hard to work with customers who are on the road.

Now it was time to start heading West. I pushed hard through Minnesota and South Dakota. I made a stop at the Badlands National Park in SD. It was an interesting place but far from my favorite national park. The parks in Utah are hard to beat.

Now it was time to hit the Rockies. I pushed into Wyoming and Headed for Bighorn National Forest. I planned to take a mountain pass (14a) over the mountain and then head to Cody for the night. That’s when things got scary. Halfway up the mountain, I ran into cloud cover, then dense fog, then heavy wind, and finally sleet. I couldn’t see 10 ft. in front of me. The sleet covered my helmet shield so I had to take it off, the sleet then covered my glasses so they came off and the ice was like bullets on my eyes. I didn’t dare turn around because I was afraid someone might hit me from behind so I continued up. I looked for a place to pull over, pitch the tent and wait it out but there was nothing. Then the road washed out and I was on rutty dirt. It was terrifying. When I saw a sign for the truckers to check their brakes ahead, I knew I was close to the summit and the end was near. Made it down safely and headed toward Cody for a few cold ones to calm me down. The image below is a topographic map of the area in question. As you can see there was a sheer 1400 foot drop off on my left and no guardrails. Thank God I didn’t know anything about that cause I couldn’t see a thing. I still want to do that route again under more favorable conditions as I’m sure the views will be spectacular.