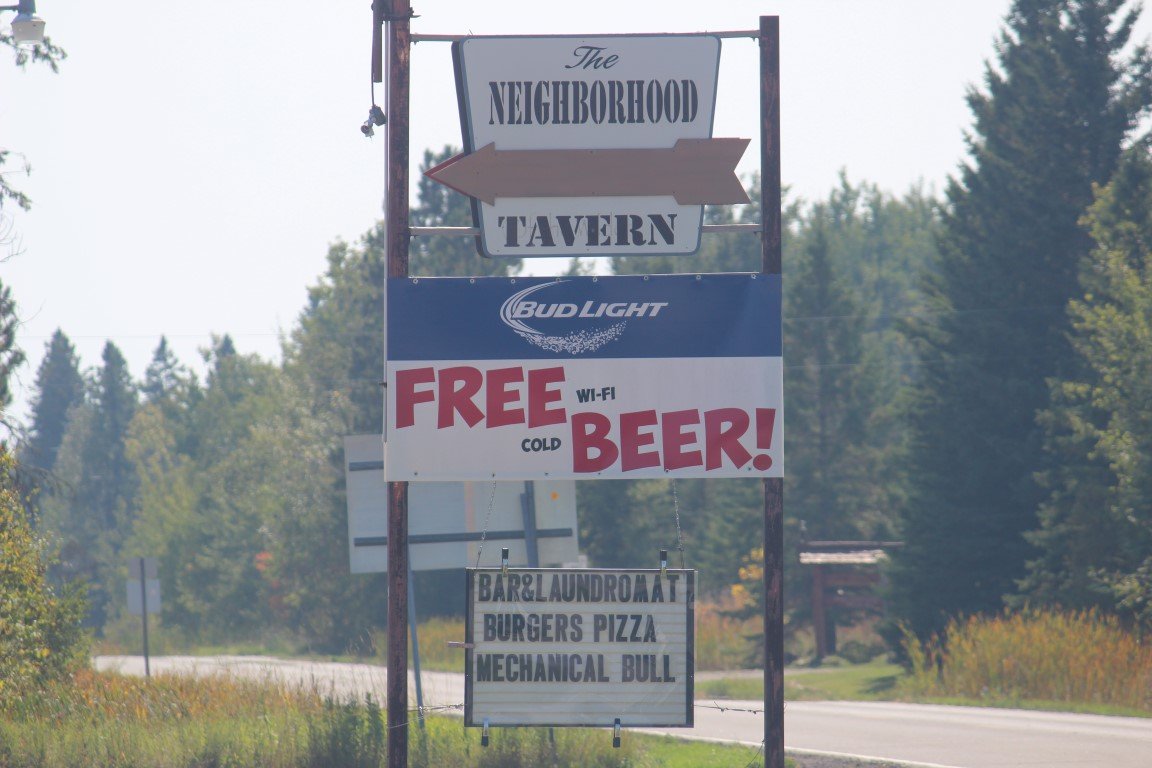 Today’s route took me all the way across the Northern part of Minnesota. I started in chilly 45 degree weather and finished in a blistering 95 degrees. I also started with a glorious 70 mile trip through some really excellent twisty roads and ended with 200 miles of flat, straight and boring torture in the heat. I was planning to go over 600 miles to Minot, ND, but gave up that idea in Grand Forks as the heat and boredom took its toll.

I thought the trip across HWY 1 would be exciting the whole way, but I soon discovered, the road got flat, straight and hot 2 hours after I started. About half way through the trip, the terrain turned to flat with great expanses of wheat, beans and beets. There was also plenty of wind as there was no structure to slow it down. It was quite desolate with very few cars. The wide open spaces would not carry any deer and there were few places for the cops to hide with radar guns. I took advantage of the situation and relieved the boredom by exceeding the speed limit quite a bit more than normal. Don’t ask what my average speed was through there. 125 hp in a 600 lb. motorcycle will move along briskly. As the temps got hotter, I needed to stop for rest and water halfway between tankfuls. That’s about 125 miles between stops. Dehydration can be a serious problem on a bike because your perspiration dries so quickly. I was in full gear with jacket, helmet and pants as well.

One thought on “Day 8, A Day of Contrasts”