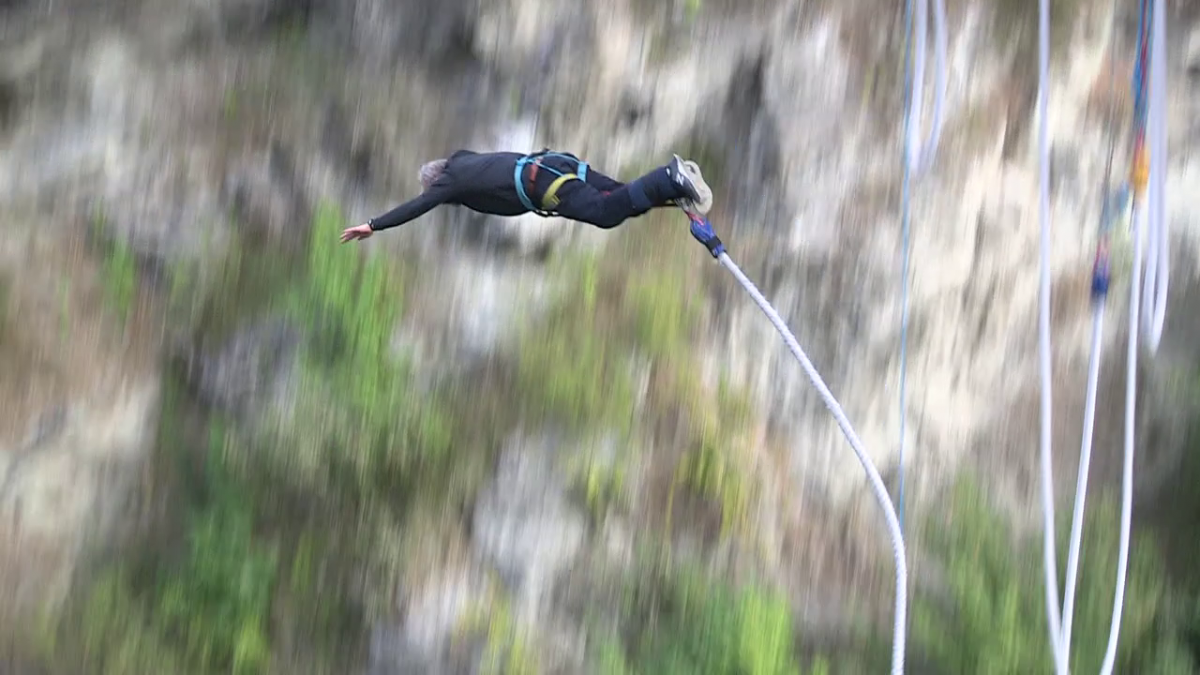 We stayed in Queenstown for 2 days and just had a ball. First of all, the ride from Fox Glacier to Queenstown was outstanding. We took Haast Pass and went past Lake Wanaka and into the Cardrona Valley. The Cardrona Hotel was a cool place with good food and pleasant outside dining. See pictures in the Trip Photos. The ride into Queenstown was the Cardrona Valley/Crown road. What a blast. Our group leader, Glen would occasionally step it up a notch and blast through the mountains. His friend Bob, would have to catch up later. Mick and I were right behind him but I wasn’t able to pass a bus and lost sight of them. Once I got around, they were nowhere in sight. I later found out they stopped at a lookout but I must have zipped past without seeing them. No problem, we were getting close to our final destination and I had Google maps.

The entire group signed up for the jet boat trip the next morning. Here’s a video. It’s interesting to note that I read in the news that a couple days later there was an accident which killed 1 person and injured 11 others on the river.

The next morning we were off early for the adventure of a lifetime. Four of us had committed to do the Hackett Bridge Bungy Jump. This is the location of the first ever bungy jump. It’s 43 meters (141 ft.) high. So Tami, Moses, Bob and myself talked ourselves into going. Fred, our tour guide said this was a record number for any of his tours. In the 17 years he has been doing it, he usually get between none and 1 brave soul to jump. I was the first to jump. It was the most terrifying thing I’ve ever done but also the most exhilarating. I’m glad I did it but don’t know if I would do it again. Check out this video. You can tell I’m nervous as hell.