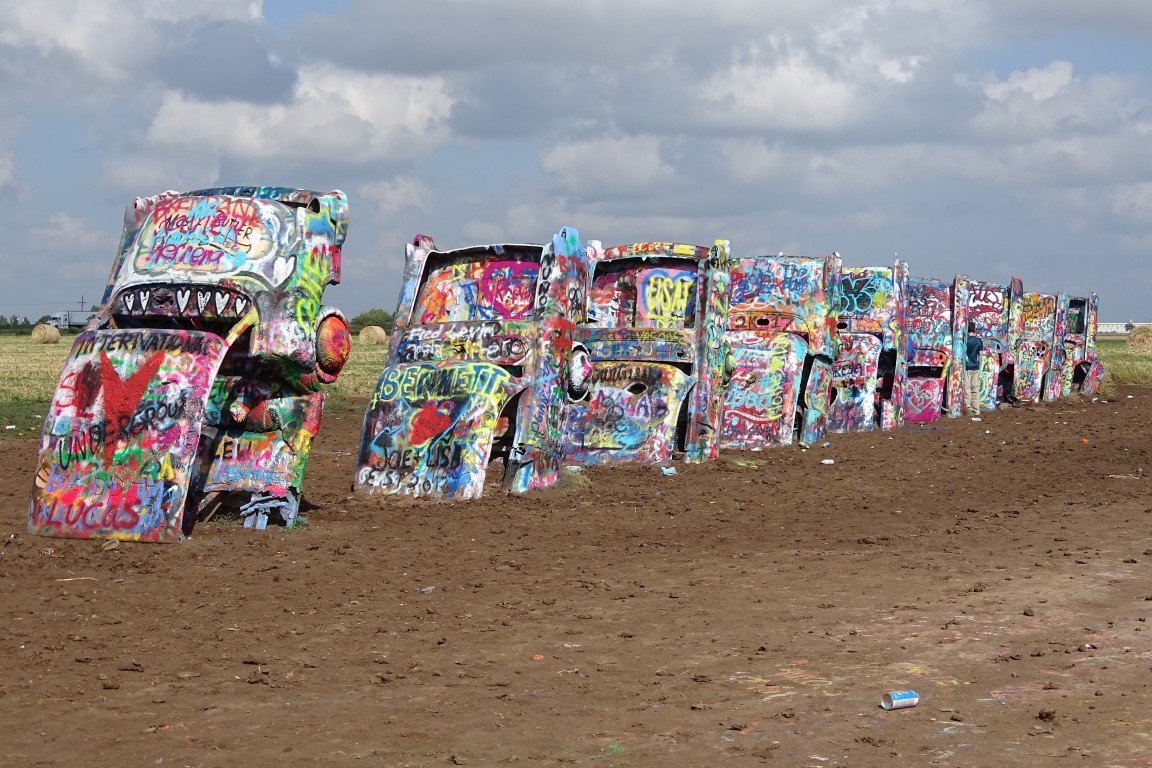 Took off on I-40 and pulled off at virtually every Route 66 turnoff for over 400 miles. My day ended in Elk City, Oklahoma, still on I-40. The scene through New Mexico was really bleak. Nearly every business was shut down and most of them were totally dilapidated. There’s some pictures in the today’s gallery. Things picked up a little bit in Texas but there were long stretches with no sign of the old Route 66. I stumbled onto the famous Cadillac Ranch by accident. As I was buzzing down I-40 I just happened to glance at a bunch of cars parked with people milling about. Then I saw the cars out in the field. The old Cadillacs are buried in the ground in the middle of a field. There’s no other features except the cars. Apparently, the thing to do is bring a can of spray paint and put your own touch of graffiti on the cars and also on the round hay bails all over the field. Also, the thing to do is just drop the empty spray can on the ground. There must have been a thousand empty cans littering the site.

Not much going on in Oklahoma in the way of Route 66 attractions. Route 66 changes directions to North I-44 in Oklahoma City a few miles down the road from my resting place for the night. Haven’t decided where I’m going tomorrow. Might follow Route 66 to Missouri or head into Arkansas. The next big destination should be Blue Ridge Parkway in a couple of days. Then probably start thinking of heading toward home.