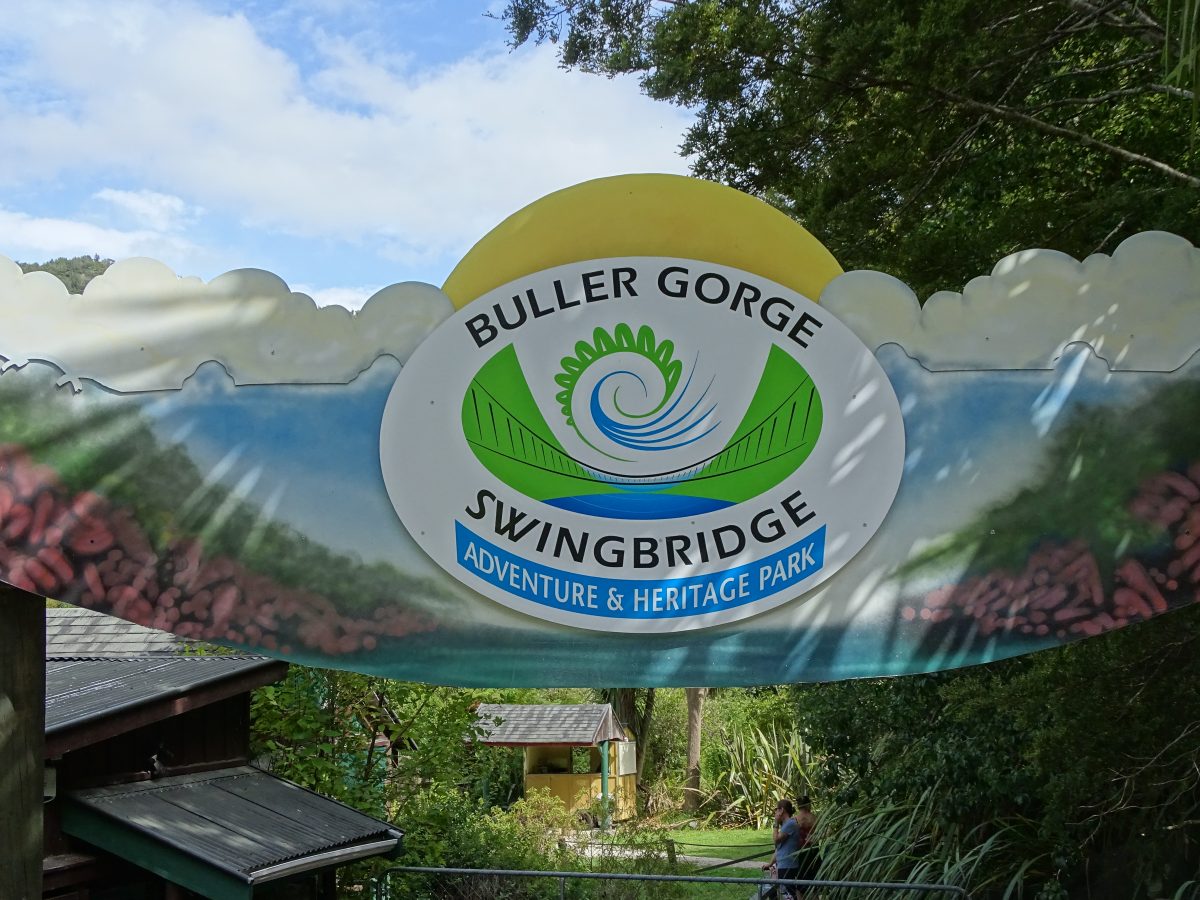 Saturday was our rest day. Allen and I decided to ride up to Golden Bay. Allen had been riding in the pack with his wife, Joy and I think he wanted to stretch his legs and do some quicker runs. We had been talking quite a bit and I also think he wanted to see which of the 2 of us was faster. The ride was great with beautiful views and good twisty roads. We were busy testing each other out and didn’t stop for photos. Allen initially led and I was able to keep pace. Then I led and he was able to keep pace. So we determined that we were about equal in capabilities. Allen has been riding for over 40 years so I felt pretty good about my skills after only 2 years. It was a good, long ride and we got back in time for dinner in the city of Nelson.

Sunday was an interesting day. Our first stop was Buller Gorge Swing Bridge and Zip Line. It was beautiful view down into the gorge and quite a few of us opted to take the zip line back over the gorge. Both the bridge and the zip line weren’t exactly huge but they were fun non the less. There’s a few photos here.

From there we headed over Lewis Pass. Here is my tour book description of the pass. “Exiting Springs Junction you are now entering the fabulous Lewis Pass, at an elevation of 864 m above the sea level, is a mountain pass of pure joy for the avid motorcyclist. The northernmost of the three main passes across the Southern Alps, it is higher than the Haast Pass, but slightly lower than Arthur’s pass…It’s worth knowing that Lewis Pass has fabulous and tempting bends, take care to stay on your side of the road and watch your speed even when you have a full view of the road ahead for kilometres, as patrol cars are charged with policing this aspect of your driving assiduously on the particular stretch.” Well, we found about about the cops. The 4 of us were passing a string of cars on a straight away, a cop approached us coming in the other direction. Poor Mick was out in the line of sight of his laser and the cop pulled a quick u-turn with his lights flashing. We all got a firm lecture and he let us go. Fortunately, we were far enough ahead of the larger group so we didn’t have to suffer the humiliation of those folks passing us by while the lights flashed.

We arrived in Hamner Springs which is a quaint little resort town best known for its beautiful therapeutic hot springs spa and pools. I didn’t partake, but instead had a few beers at the hotel bar. Imagine that…