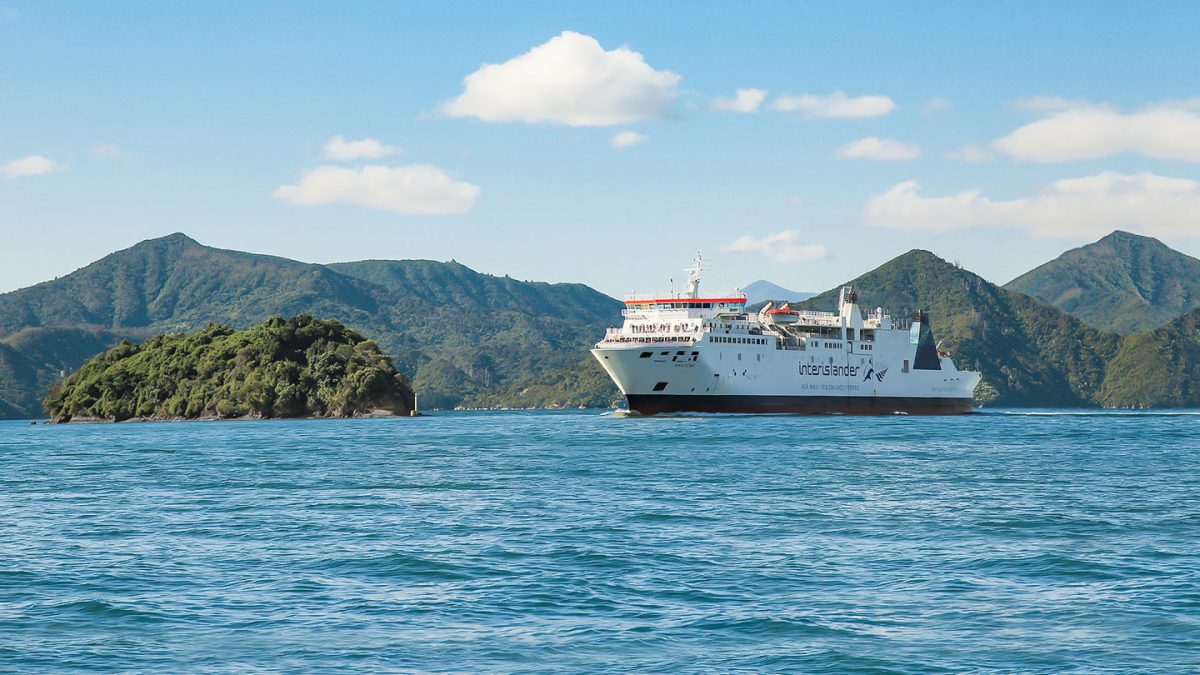 Interesting day as we took the ferry down and unto the South Island. Ferries are always interesting and a bit stressful on a motorcycle. Lining up around all the trucks and figuring out how to tie down the bike can be intimidating, especially when you’re with 20 other bikes. It was a 3.5 hour ride across the channel and we had a slight rain to add to the excitement. Photos are here.

When we arrived, the rain had stopped but there were clouds hanging in the mountains. We got split up at the exit and a whole bunch of us didn’t know where we were going but we finally found a road sign that was helpful and we were on our way. During the scramble, I lost my riding buddies so I was back with the pack.

Once out of town we rode a magnificent parkway up and down Queen Charlette Sound. The roads were twisty and the views were great. I was frustrated in the pack, so I decided to jump out in front and soon they were out of sight.

Saturday, is a rest day in Nelson. We enjoyed a great group dinner together and told stories (mostly motorcycle) til late. Although it’s a rest day, many of us will be riding. I’m going with another guy up into “Golden Bay”. Sounds cool doesn’t it?